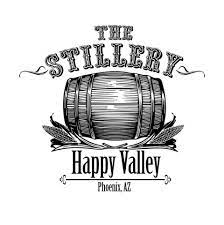 Tell all of your desert friends to catch us January 20th and 21st at one of the Phoenix area’s premiere music venues!
9 to 1am both nights.

Join Chris and the band once again for a show with his long-time musical hero, Eric Heatherly.
Eric and Lindsey Heatherly from Nashville, TN bring their brand new music to the Lincoln Theatre in Mount Vernon, WA.

Tickets are dwindling! Get yours ASAP: 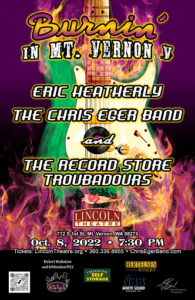 Get your tickets now: https://lincolntheatre.org/live-concert-burnin-mount-vernon-v
The HOTTEST night of singin’ and guitarslingin’ is coming back to the Historic Lincoln Theatre for Burnin’ In Mount Vernon V! Burnin’ In Mount Vernon is a night of expertly crafted songs, world class musical talent and inspiring, energizing performances. Building on the success of last year’s return, Burnin’ V promises to be unforgettable! (A limited number of VIP experience passes are available including preferred seating, meet & greet with the players, and a spectacular pre-show party with hand crafted hors d’ourves, and local beer & wine)