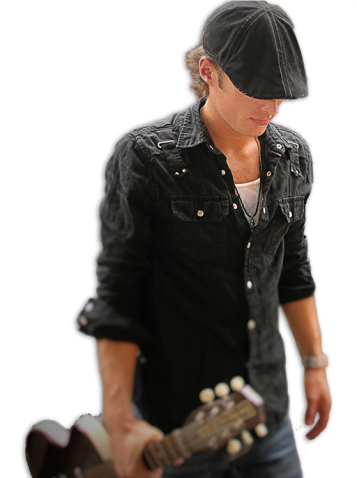 Very few musicians are said to be extraordinary examples of excellence in any one genre of music. Even fewer can be described as exceptional across multiple. When considering Chris Eger fits into the latter category as both a guitarist AND vocalist, it is no doubt an especially rare gift. Fronting his own band for close to a decade now, Chris has taken his game to a new level and a new town. When Nashville called, he answered, and this highly anticipated project was born. Eger and his longtime guitar-hero, and Nashville recording artist, Eric Heatherly, joined forces and have crafted an album that demands attention.  Rock and Blues, Country, Funk and Soul collide in this modern take on vintage roots music. These are not overproduced, synthesized tunes created by a computer. This is raw, powerful, handmade – in the USA!  The Chris Eger Band is: REAL. AMERICAN. MUSIC.

Written and recorded in Nashville with Chris’ guitar hero, Eric Heatherly, as producer – The CEB’s latest offering “Show Me Where to Sign” is a breath of fresh air in a prepackaged, fast-food type of music landscape. It features tunes penned by Eric, Chris, Nashville Blues great – Stacy Mitchhart, as well as co-founder of Ground Zero Blues Club in Clarksdale, MS – Gary Vincent. Notable musicians include world renowned vocalist extraordinare – Bekka Bramlett, Rock & Roll HOF inductee – Double Trouble’s Reese Wynans and some of the most prolific studio players in Nashville. This high-energy record blends straight electric Blues with blue-eyed Soul, Hendrix inspired classic Rock, and horn infused Funk. It is a fresh take on vintage, guitar music for the 21st Century!

A bonafied “quadruple threat,” Eger is a multi-instrumentalist, accomplished songwriter, kick-butt showman, as well as sensational vocalist for which he has been nominated  three years in a row, for Best Male Vocalist by the Washington Blues Society. Chris is backed by bassist and father Randall Eger, who has over 35 years of live performance experience. Drummer, Mark Clark, is a veteran of the Northwest music scene, playing with the likes of the New Deal Rhythm Band and the Chryslers. Clark brings a solid, funky foundation to the group, and always delivers. Rick Jiles, keyboardist and leader of the local favorites Midlife Crisis & the Alimony Horns, is a tasteful and scintillating addition to the rhythm section. Finally, Pete Kirkman and Mike West lend their talents as the noteworthy and eponymous Powerhouse Horns.

The band’s high-energy performances always please crowds and are constant signatures of what the cast brings. The band is tight, fun, and dishes out plenty of soul! It’s no wonder they constantly attract new fans as well as amaze longtime followers.